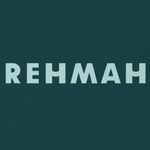 Gaza’s poverty rate stood at 40 per cent in 2007 but it would have fallen to 15 per cent in 2017 if not for the prolonged military operations, but instead, it has risen to 56 per cent, it said.

The depth of inequality was also far more severe than it could have been.

The “poverty gap”, a measure of how far from the poverty line households are on average, was 20 per cent in 2017, but would have been around 4.2 per cent if not for the impact of military.

The State of Palestine is affected by a protracted protection crisis and suffers from chronic humanitarian concerns. Currently, 2.5 million people, including 1.2 million children, living in the Gaza Strip and the West Bank, including East Jerusalem, need humanitarian assistance. The humanitarian situation deteriorated recently with the rise of tension in East Jerusalem, the escalation of hostilities in the Gaza Strip in May 2021, and the ongoing COVID-19 pandemic. Compounding the situation is the deepening financial crisis, ongoing political divisions, and protracted political conflict that has left Palestinians vulnerable to violence and lacking access to essential basic services.