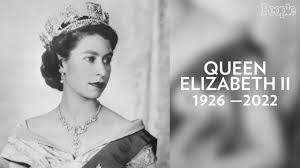 As the world mourns the death of Queen Elizabeth II, who passed away on Thursday 8 September at the age of 96, we look at the charitable work of the Queen and the various charities and organizations she helped throughout her life.

During her reign, Her Majesty was associated with more than 600 charities spanning everything from fencing and physiotherapy to bereavement care and women’s issues.

Many members of the royal family focus their philanthropic efforts on one particular area, with Prince Charles known for his work in environmentalism while the Duke of Cambridge is a staunch advocate for good mental health.

The Queen, however, offered her support to a wide range of charities over the course of her 70-year reign.

Whether it was by acting as a royal patron or as president of a major charity or an independent one, the Queen has been integral to many public bodies and service organizations.

Some of the more well-known charities for which the Queen was patron included Cancer Research UK, the British Red Cross and Barnado’s.

In a speech delivered on her 21st birthday, the Queen outlined how her life would be dedicated to service of the Commonwealth.

Speaking on the radio from Cape Town, she said: “I declare before you all that my whole life whether it be long or short shall be devoted to your service.”

In 2012, when the Queen celebrated her 60th year on the throne, research from the Charities Aid Foundation found that she was among the world’s greatest supporters of charities and had helped the organisations she supported raise more than £1.4bn.

The foundation also analysed the various charities the Queen supports and found that she favoured organisations that tackled community and civic issues, which, at the time, comprised 14 per cent of her charitable portfolio.

Causes dedicated to education and training also amounted to 14 per cent.

The Queen has also supported many charities focused on helping children. In 2018, she visited children’s charity Coram to meet young people and staff and open the new Queen Elizabeth II Centre.

Coram was the first place in London to look after abandoned babies and vulnerable children.

During the visit, the Queen met with Edward Newton, who was 102 at the time, the oldest surviving pupil from the Founding Hospital.

In 2016, the Queen celebrated six decades as patron of the British Red Cross, an occasion that was marked with a new portrait located in the White Drawing Room at Windsor Castle by the artist Henry Ward.

She supported the charity throughout her reign through visiting projects and attending and hosting events, including a Buckingham Palace garden party held to celebrate 100 years of the British Red Cross.

In terms of healthcare, the late monarch served as patron for many major charities, such as the British Dental Association, Great Ormond Street Hospital for Children NHS Trust, and the Royal College of Nursing.

She also supported charities that served older citizens, such as Friends of the Elderly, which helps older people through home support, home visiting and daycare centres.